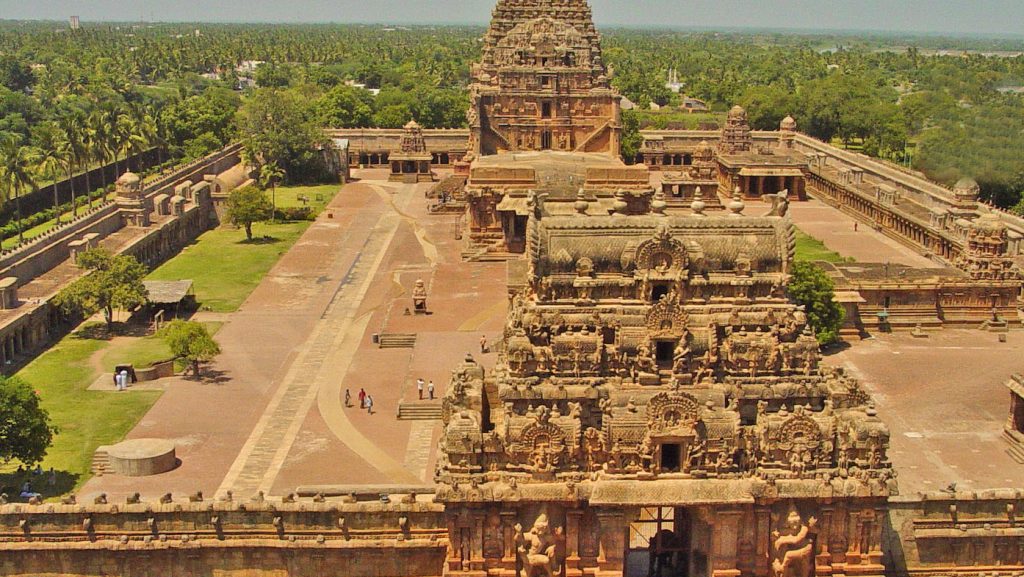 River cauvery is the Main Source for Cultivation in this district, which is known for its heritage in water management. Composite Thanjavur District with its fertile soil is one of the largest paddy cultivation area not only in Tamilnadu but also in South India

Thanjavur District is in the east coast of Tamil Nadu. The district lies between 78. 43’ and 70. 23’ of the Eastern longitudes and 9.50' and 11.25’ of the Northern Latitudes. Since composite Thanjavur is large in extend, for administrations Convienience several districts were carried out Thanjavur composite district. On 19.01.1991 Nagapattinam district was formed by bifurcating Thanjavur district At the time Nagapattinam district included Thiruvarur, Mayiladudurai, Mannargudi, Nagapattinam divisions and Valangaiman taluk from Kumabakonam division. In the Year 1997 Nagapattinam district was bifurcated into Nagapattinam and Thiruvarur for administrative convineince. The District is bound by Coloroon on the North which seperates it from Ariyalur and Tiruchirapalli district. Thiruvarur and Nagapattinam districts on the east. Palk Strait and Pudukottai on the South and Pudukottai and Tiruchirapalli on the West. The area of the district is 3396.57Sq.km. It consists of three divisions Thanjavur, Kumbakonam, Pattukottai and nine Taluks of Thanjavur, Kumbakonam, Papanasam, Pattukottai, Peravurani, Orathanadu, Thiruvidaimarudur, Thiruvaiyaru and Budalur. The district headquarters is Thanjavur. Thanjavur district is called ‘The Rice Bowl of Tamil Nadu’ because of its agricultural activities in the delta region of river Cauvey. The temple, culture and architecture of Thanjavur are famous throughout world. It is the historicalplace ruled by Chola, Pandya, Nayk, Marathas and was under British rule till Independence. The pursuits of these rulers are reflected in the great monuments like Grand Anaicut, Big Temple and Sarofoji Mahal, Palace and Saraswathi Mahal Library, etc.in the district.

How to reach Thanjavur

The Big Temple of Tanjavore is a stunning monument that speaks oodles about the architectural mastery of the Chola era. This 212 ft (64.8 meter) towering Shiva temple is home to one of the largest Shiva Lingas of the country. A majestic Nandhi (bull), measuring a gigantic 19.4 ‘ x 8.23’ x 12’ (5.94 x 2.51 x 3.66 in meters) stands guard over the temple. This is the second largest Nandhi in India and is carved out of a single stone. Everything about this temple is big, majestic. No wonder it is referred as The Big Temple.

Thanjavur Maharaj Serfoji’s Saraswathi Mahal Library is one among a few libraries in the world with texts of the medieval period. It is a treasure house of knowledge carefully fostered and nurtured by successive dynasties of Nayakkas and the Marathas of Thanjavur. It contains rare valuable collection of manuscripts, books, maps and paintings on all aspects of Art, Culture and Literature. The Encyclopedia Britannica, in its survey of the Libraries of the world, describes it as “ the most remarkable Library in India”. This Library was made a Public Library in 1918. Timings: 10.00 am to 1.00 pm and 1.30 pm to 5.30 pm. Closed on Wednesdays and Govt.Holidays

Just 1 km away from the Brihageeswarar Temple is a magnificent palace, surrounded by the huge for walls. Dating back to the 14th century AD., it was built partly by the Naks and partly by the Marathas. The Maratha royal family resides in this palace. It is a fascinating building with huge corridors, spacious halls, decorated rooms, tall observation towers, beautiful stucco works, wonderful fresco painted walls and ceilings, an underground tunnel and intricate carvings. The royal family’s sacred “Chandra mauleeshwarar Temple” is located within the palace walls.

The art gallery has fabulous collection of bronze icons, stones sculpture and pieces of art. The collection is unique for its large representation of Hindu God and Goddesses, myths and legends. The exhibits are priceless for their historical association. Timings: 9.00 am to 1.00 pm and 3.00 pm to 6.00 pm. Closed on national holidays.

It is the southern part of Thanjavur. It is was built during the 8th World Tamil Conference in 1995. This Manimandapam has museum in its ground floor. Timings: 10.00 am to 5.45 pm. Holiday-Wednesday.

This church was built adjacent to Siva Ganga Tank in 1779 AD by Rajah Serfoji as taken of his affection to his tutor Rev.C.V.Schwartz, a Danish missionary.