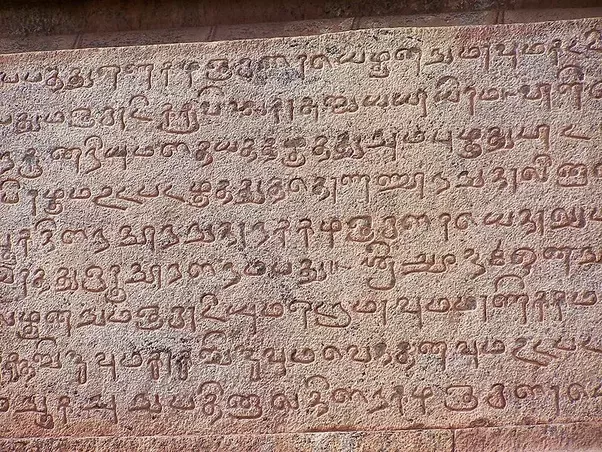 Tamil literature refers to the literature in the Tamil language. Tamil literature has a rich and long literary tradition spanning more than two thousand years. The oldest extant works show signs of maturity indicating an even longer period of evolution. Contributors to the Tamil literature are mainly from Tamil people from South India, including the land now comprising Tamil Nadu, and the Sri Lankan Tamils from Sri Lanka, as well as the Tamil diaspora. The history of Tamil literature follows the history of Tamil Nadu, closely following the social, political and cultural trends of various periods. The early Sangam literature, contain anthologies of various poets dealing with many aspects of life, including love, war, social values and religion. This was followed by the early epics and moral literature, authored by Hindu, Jain and Buddhist authors, lasting up to the 5th century CE. From the 6th to 12th century CE, the Tamil devotional poems written by Nayanmars and Alvars, heralded the great Bhakti movement which later engulfed the entire Indian subcontinent. It is during this era that some of the grandest of Tamil literary classics like Kambaramayanam and Periya Puranam were authored and many poets were patronized by the imperial Chola and Pandya empires. The later medieval period saw many assorted minor literary works and also contributions by a few Muslim and European authors.

Sangam literature comprises some of the oldest extant Tamil literature, and deals with love, traditions, war, governance, trade and bereavement. Unfortunately much of the Tamil literature belonging to the Sangam period has been lost. The literature currently available from this period is perhaps just a fraction of the wealth of material produced during this golden age of Tamil civilization. The available literature from this period has been broadly divided in antiquity into three categories based roughly on chronology. These are: the Eighteen Greater Text Series (Pathinenmaelkanakku) comprising the Eight Anthologies (Ettuthokai) and the Ten Idylls (Pattupattu) and the Five Great Epics. Tolkaappiyam, a commentary on grammar, phonetics, rhetoric and poetics is dated from this period.

The three centuries after the Sangam age . The invaders[who?] replaced number of words and concepts relating to ethics, philosophy and religion of Tamil.Around 300 CE, the Tamil land was under the influence of a group of people known as the Kalabhras. The Kalabhras were Buddhist and a number of Buddhist authors flourished during this period. Jainism and Buddhism saw rapid growth. These authors, perhaps reflecting the austere nature of their faiths, created works mainly on morality and ethics. A number of Jain and Buddhist poets contributed to the creation of these didactic works as well as grammar and lexicography. The collection the Eighteen Lesser Text series (Pathinenkilkanakku) was of this period.

The best known of these works on ethics is the Tirukkural by Thiruvalluvar. The book is a comprehensive manual of ethics, polity and love, containing 1,330 distichs or kural divided into chapters of ten distichs each: the first thirty-eight on ethics, the next seventy on polity and the remainder on love

The fall of the Kalabhras around 500 CE saw a reaction from the thus far suppressed Hindus. The Kalabhras were replaced by the Pandyas in the south and by the Pallavas in the north. Even with the exit of the Kalabhras, the Jain and Buddhist influence still remained in Tamil Nadu. The early Pandya and the Pallava kings were followers of these faiths. The Hindu reaction to this apparent decline of their religion was growing and reached its peak during the later part of the 7th century. There was a widespread Hindu revival during which a huge body of Saiva and Vaishnava literature was created. Many Saiva Nayanmars and Vaishnava Alvars provided a great stimulus to the growth of popular devotional literature. Karaikkal Ammaiyar who lived in the 6th century CE was the earliest of these Nayanmars. The celebrated Saiva hymnists Sundaramoorthy, Thirugnana Sambanthar and Thirunavukkarasar (also known as Appar) were of this period. Of Appar's verses 3066 have survived. Sambandar sang 4,169 verses.

Cilappatikaram is one of the outstanding works of general literature of this period. The authorship and exact date of the classic Cilappatikaram are not definitely known. Ilango Adigal, who is credited with this work was reputed to be the brother of the Sangam age Chera king Senguttuvan. However we have no information of such a brother in the numerous poems sung on the Chera king. The Cilappatikaram is unique in its vivid portrayal of the ancient Tamil land. This is unknown in other works of this period. Cilappatikaram and its companion epic Manimekalai are Jain in philosophy. Manimekalai was written by Sattanar who was a contemporary of Ilango Adigal. Manimekalai contains a long exposition of fallacies of logic. Kongu Velir, a Jain author wrote Perunkathai. Valayapathi and Kundalakesi are the names of two other narrative poems of this period written by a Jain and a Buddhist author respectively.

The medieval period was the period of the Imperial Cholas when the entire south India was under a single administration. The period between the 11th and the 13th centuries, during which the Chola power was at its peak, there were relatively few foreign incursions and the life for the Tamil people was one of peace and prosperity. It also provided the opportunity for the people to interact with cultures beyond their own, as the Cholas ruled over most of the South India, Sri Lanka and traded with the kingdoms in southeast Asia. The Cholas built numerous temples, mainly for their favourite god Siva, and these were celebrated in numerous hymns. The Prabhanda became the dominant form of poetry. The religious canons of Saiva and Vaishnava sects were beginning to be systematically collected and categorised. Nambi Andar Nambi, who was a contemporary of Rajaraja Chola I, collected and arranged the books on Saivism into eleven books called Tirumurais. The hagiology of Saivism was standardised in Periyapuranam (also known as Tiruttondar Puranam) by Sekkilar, who lived during the reign of Kulothunga Chola II (1133–1150 CE).

The period from 1300 CE to 1650 was a period of constant change in the political situation of Tamil Nadu. The Tamil country was invaded by the armies of the Delhi Sultanate and raided the Pandya kingdom. This overstretched the Delhi Sultanate to such an extent it collapsed soon after which triggered the rise of the Bahmani Sultans in the Deccan. Vijayanagar empire rose from the ashes of the kingdoms of Hoysalas and Chalukyas and eventually conquered the entire south India. The Vijayanagar kings appointed regional governors to rule various territories of their kingdom and Tamil Nadu was ruled by the Madurai Nayaks, Thanjavur Nayaks and Gingee Nayaks. This period saw a large output of philosophical works, commentaries, epics and devotional poems. A number of monasteries (Mathas) were established by the various Hindu sects and these began to play a prominent role in educating the people. Numerous authors were of either the Saiva or the Vaishnava sects. The Vijayanagar kings and their Nayak governors were ardent Hindus and they patronised these mathas. Although the kings and the governors of the Vijayanagar empire spoke Kannada and Telugu they encouraged the growth of Tamil literature as we find no slowing down in the literary output during this period.

During the 18th and the 19th century Tamil Nadu witnessed some of the most profound changes in the political scene. The traditional Tamil ruling clans were superseded by European colonists and their sympathisers. The Tamil society underwent a deep cultural shock with the imposition of western cultural influences. The Hindu religious establishments attempted to stem the tide of change and to safeguard the Tamil cultural values. Notable among these were the Saiva monasteries at Tiruvavaduthurai, Dharmapuram, Thiruppananthal and Kundrakudi. Meenakshi Sundaram Pillai(1815–1876) was a Tamil scholar who taught Tamil at one of these monasteries. He wrote more than eighty books consisting of over 200,000 poems.[citation needed] He is more famous however for encouraging U.V.Swaminatha Iyer to go search for Tamil books that have been lost for centuries. Gopalakrishna Bharathi lived during the early 19th century. He wrote numerous poems and lyrics set to tune in Carnatic music. His most famous work is the Nandan Charitam on the life of Nandanar who having been born in a sociologically lower caste, faces and overcomes the social obstacles in achieving his dream of visiting the Chidambaram temple

The novel as a genre of literature arrived in Tamil in the third quarter of the 19th century, more than a century after it became popular with English writers. Its emergence was perhaps facilitated by the growing population of Tamils with a western education and exposure to popular English fiction. Mayavaram Vedanayagam Pillai wrote the first Tamil novel Prathapa Mudaliar Charithram in 1879. This was a romance with an assortment of fables, folk tales and even Greek and Roman stories, written with the entertainment of the reader as the principal motive. It was followed by Kamalambal Charitram by B. R. Rajam Iyer in 1893 and Padmavathi Charitram by A. Madhaviah in 1898. These two portray the life of Brahmins in 19th century rural Tamil Nadu, capturing their customs and habits, beliefs and rituals. Although it was primarily a powerful narration of the common man's life in a realistic style spiced with natural humour, Rajam Iyer's novel has a spiritual and philosophical undertone. Madhaviah tells the story in a more realistic way with a searching criticism of the upper caste society, particularly the sexual exploitation of girls by older men. D. Jayakanthan has enriched the high traditions of literary traditions of Tamil language and contributed towards the shaping of Indian literature.