A musical instrument adapted to create musical sound played in certain format and musical notation to develop compositions and melodies to entertain and thrill the audience. The scholars believe the simple FLUTE is supposed to be the oldest available musical instrument but Historians believe ascertaining the time line of musical instruments and inventions is almost impossible. Many Musical instruments were made from Animal Skins, Bones, Wood , durable and non durable materials. Instruments of one part of the world can be used in far away places too. 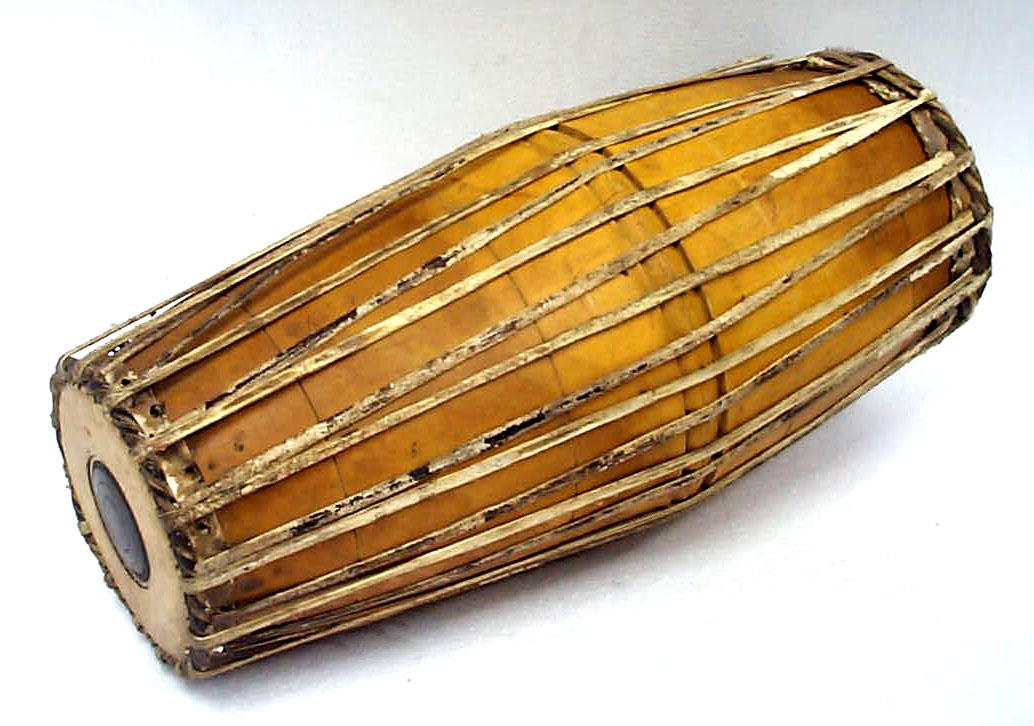 It is locally called as the King of Percussion. It is a percussion from India of ancient origin, primarily an accompaniment in Carnatic Music performances. It is also used in different versions of Folk and regional art performances. This instrument is made of two sided jackfruit tree wood drum, with animal skin hide woven tight on both the sides of the hallow wooden drum. This is usually tuned with a small wooden block and a small stone. The performer plays mirudangam in such a manner with relevant notes to raise and lower the pitch as required. Performer sits on the floor, the weight of the Mridangam rests upon small cushion placed the right foot. The musical display as Thani Avarthanam of this instrument is a treat to the ears. Nagarcoil S Ganesha Iyer, Palghat Mani Iyer, Pudukottai Dakshinamurthi pillai, Palghat Raghu, Vellore Ramachandran, Madurai Srinivasan are some Vidwans of the past. Umayalpuram K Sivaraman, Karaikudi Mani, T.V.Gopala Krishnan, Guruvayur Dorai, Thiruvarur Bakthavatsalam, Anoor Anantha Krishna Sharma, A.V.Anand are some of the present day Vidwans. Maththalam and Tavil are two of the percussion instruments almost similar to each other along with Mridangam. 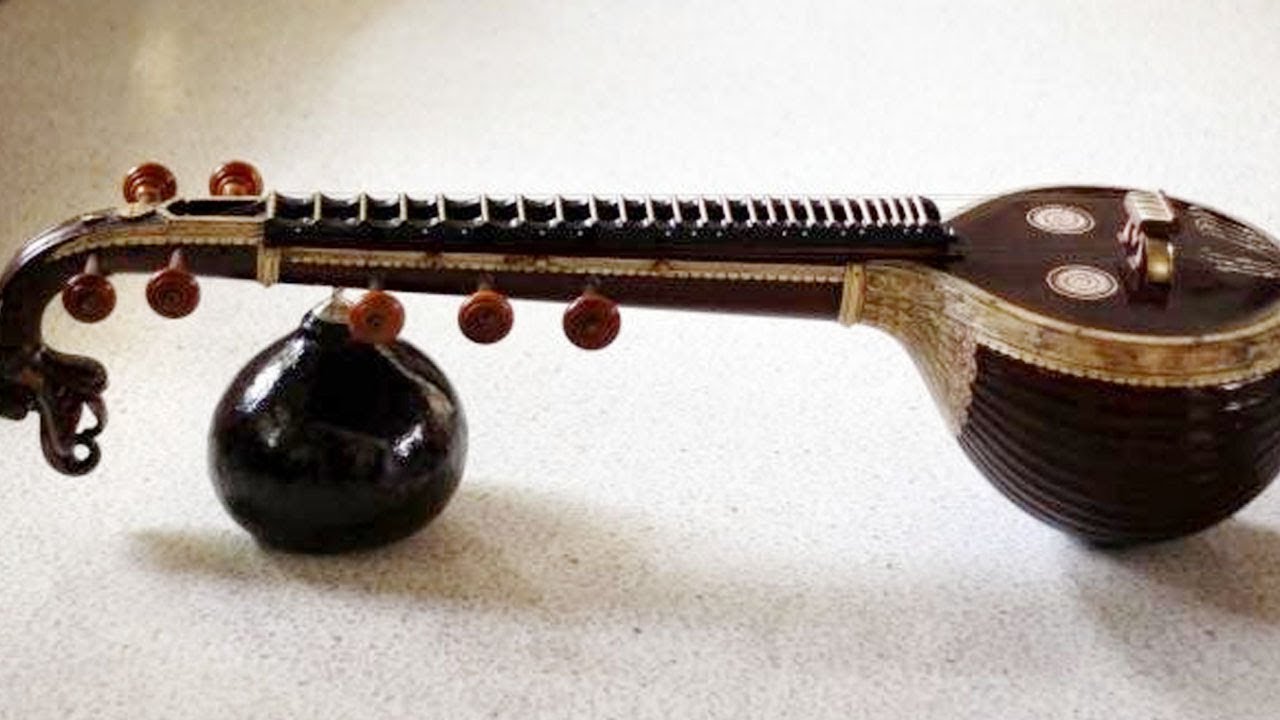 is a stringed instrument and different versions of Veena are available. The traditional Veena has three parts such as Fingerboard, resonator and Peg box. The Thanjavur Veena is made of a Single Jack wood tree block, locally called as Palaa Maram. The pot like portion is carved out of a tool called Kolavu Uli. The bridge is placed on the flat top of the body of the veena and the neck attached to the stem is usually carved like that of Yali or Dragon. Twenty four metallic frets are fixed on the stem by mixing bees wax and charcoalpowder. Frets are made of Brass. The veena has seven strings. Of them, four are main strings that pass over the frets and are attached to the pegs of the neck. Pegs and knobs are made of rose wood. The other strings are used as side strings for rhythmic accompaniment. These strings pass over an arched bridge made of brass. The veena is played by sitting cross-legged upon the floor and holding the veena in front. The small gourd on the left touch the left thigh, the left arm passing round the stem so that the fingers rest easily upon the frets. The main body of the instrument is placed on the ground, partially supported by the right thigh. Rudra Veena, Vichitra Veena, Saraswati Veena and Mahanataka Veena are some versions of the Veenas available presently. Veenai Balachandar [1927-90] and present day m/s. Veenai Gayathri, Rajesh Vaidya, Jayanthi Kumaresh, Ayyagiri Syamsundaram and Nirmala Rjasekar are noted Vidwans of this instrument. 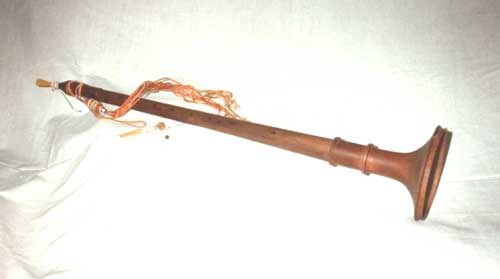 It is also called as Nayanam locally. It is another Wind Instrument like the Flute and Shenoi. It is a traditional Classical instrument originated in Tamiladu. Artistes of Andhrapradesh, Kerala and Karnataka also practice and play this instrument. Nadaswaram is a South Indian format of shehnai but bigger than Shenoi. It is with a simple double reed, than the more complex quadruple reed. The Nadaswaram has seven finger-holes, and five additional holes drilled at the bottom which can be plugged with wax to modify the tone. This instrument is played during auspicious moments in the Temples and Social functions that include Wedding etc., It is also called nagaswaram. Sur Pettti [pitch box], Oththu and Tavil as Percussion are effective accompaniments for Nadaswaram. There is a smaller version of the nadaswaram which is played in folk performance and called as Mukhavina. Thiruvavaduthurai Rajaratnam Pillai, Thiruvengadu Subramaniam Pillai, Andan Koil A.V.Selvarathnam Pillai, Namagiripettai Krishnan, Karukuruchi Arunachalam, Thiruvizha Jayasankar, Thiruveezhimalai V.N.Rameshkumar, Brothers of Keeranur, Sempanar koil, Dharmapuram S.Abiramasundaram Pillai are some of the notable exponents of this art. 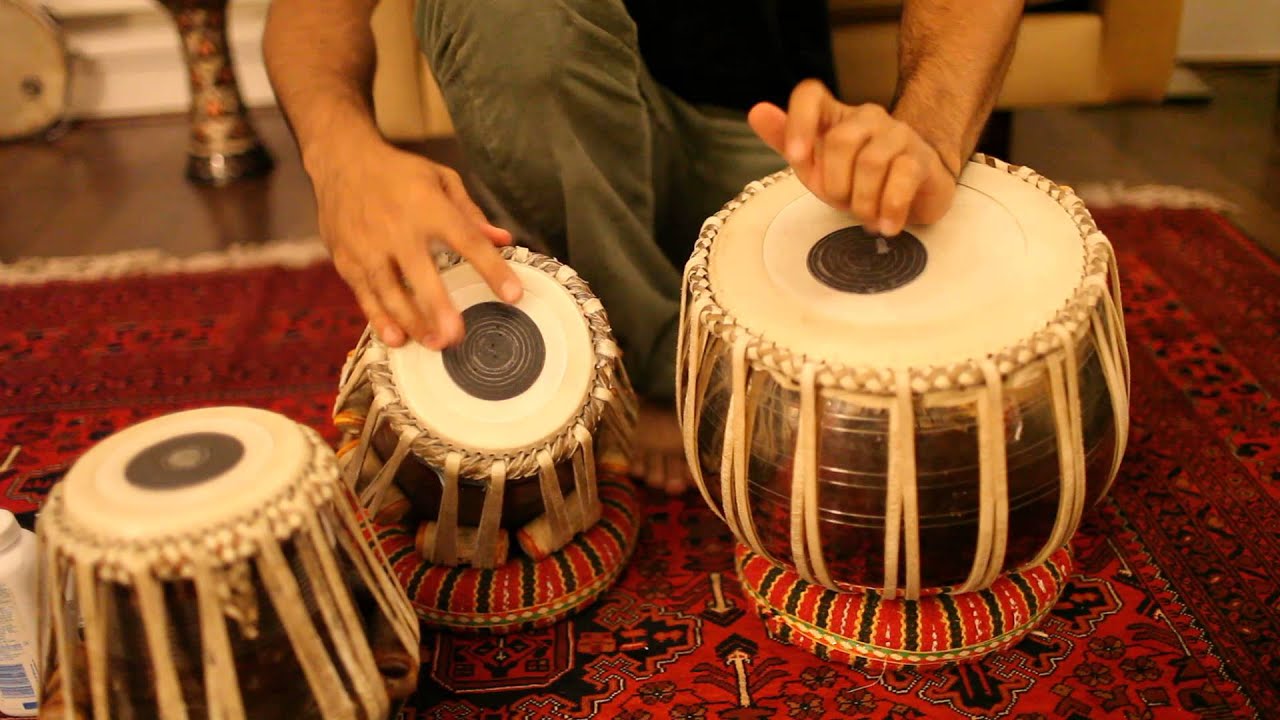 It is derived from the Arabic word called as TABLA. The tabla is like Bongos and it is a membranophone percussion used popularly in the Hindustani Classical form of Music. This is used as percussion in traditional music of India, Pakistan, Afghanistan, Nepal, Bangladesh and Sri Lanka. The instrument consists of a pair of hand drums of contrasting sizes. The one on the right hand is called Tabla and on the left hand is called Dagga. Tabla is also used in Indonesian folk and traditional popular music Genre of Dangdut. Playing technique involves in extensive use of the fingers and palms in various configurations to create a wide variety of sounds and rhythms, reflected in the mnemonic syllables. The heel of the hand is used to apply pressure or in a sliding motion on the larger drum so that the pitch is changed during the sound's decay. There are two ways of playing tabla called the Band bol[closed] and Khula bol [open]. In classical music, this is termed as "tali" and "khali". Ustad Shafat Ahmed Khan, Sapan Choudhry, Zakir Hussain, Latif Khan, Allah Rakha Khan, Gudai Maharaj, Kishan Maharaj, Payaz Khan, Sukhbinder Singh are some of the famous players of Tabla.

The Flute is generally made out of medium or long Bambo Pipes. It is believed, as per scholars, flute is more than 30000 years old. It has relevance to the Flute of Sri Krishna [Lord Vishnu] called as Vamsee. Flute is made in the form of an open Cylindrical air column. Size varies from artiste to artiste. Sound is produced from a flute, blowing by mouth onto a sharp edge causing the air to vibrate in the tube. Transverse or side-blown flutes are available and played by the artistes. Theobald Boeham developed the modern day Flute and experimented it from 1832 – 1847. produced a 16 holes, bowl shaped head fitted a cylindrical body with open-standing keys and finger pad to play on larger holes. In India and Europe Flutes are often made out of Wood, and the USA uses silver. Dr. N.Ramani, Mala Chandrasekar, Shashank Subramanian, K.Bhaskaran, Kudamaloor Janardhan, R.Thiagarajan and K.S.Gopalakrishnan are some renowned Flautists of TamilNadu. 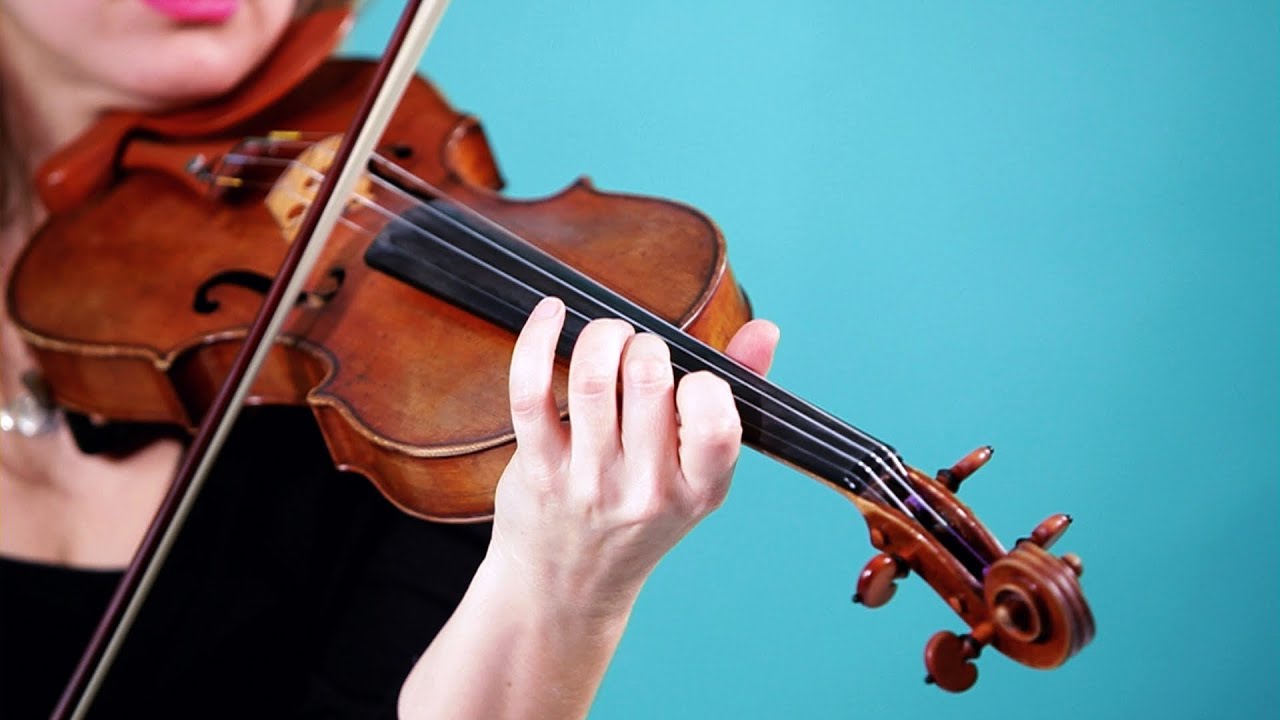 Violin is the most commonly used member of the modern string family which produces maximum sound compared to the instruments of that group first known during the 16th century in Italy. Violin is also known as fiddle usually with four strings tuned in perfect fifth. It is a member of smallest violin family members like Viola and Cello. In Latin Violino means ‘small viola’. Strings characteristically produce a fundamental resonance and all the string harmonics. The sound of the instrument is enhanced by the body and air resonances. The violinist produces sound by drawing a bow across one or more strings with fingers of the other hand controlling the strings. Strings are occluded with wax to bring the strings back to correct mode for sruthi or pitch. The violin is played by musicians in a wide variety of musical genres including Classical, Jazz, Folk Music, rock too. Generally Parts of the Violin are made out of variety of wood. Gut, Perlon, Synthetic or steel Strings are used these days. North Indian musicians have also started using Violins. Kunnakudi Vaidyanathan, Lalgudi Jayaraman, T.K.Ramamurthy and M.S.Gopalakrishnan were the maestros of the Yester Years. L.Subramanian, Bala Bhaskar, Delhi P. SunderRaja, Kala Ramnath and L.S.Shankar are some of the popular violinists of today.