Rameswaram is a small Island and Major Pilgrim Centre in the Gulf of Mannar. It is connected to the mainland by Pamban Bridge. On his return from Ceylon after Ravana Yudhdham ( war ) in Lanka , Sri Rama offered his repentance prayer to Lord Siva to absolve his sins that he had committed by Slaying Ravana. Every day, this island receives thousands of pilgrims for all parts of the Indian Sub Continent to get absolved of their sins and also perform rituals for their ancestors. This is at par with Varanasi or Benares in sanctity of the North India. 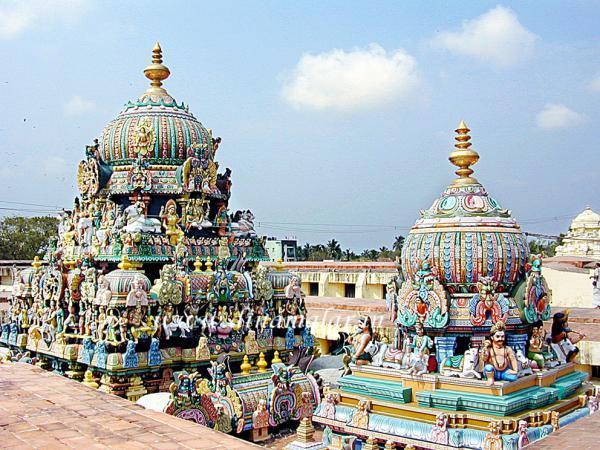 This temple is located near the sea on the eastern side of the island. It is well known for its architectural beauty of magnificent Prakaras or corridors with massive sculptured pillars on either side. 197 mts corridor East to West believed to be the longest in the world and another corridor of 133mts wide from South to North. This temple has undergone sea of changes from 12th century under the reign of different rulers. Special Pooja is performed every day to the Spatikalingam [ crystal lingam] installed by Adi Sankara in this temple. There are two lingams in the Sanctum Sanctorum. One brought by Hanuman from Kailash called Vishwalingam and other one built by Sita called Ramalingam. As instructed by Rama it is Vishwalingam gets First Pooja attention even today. 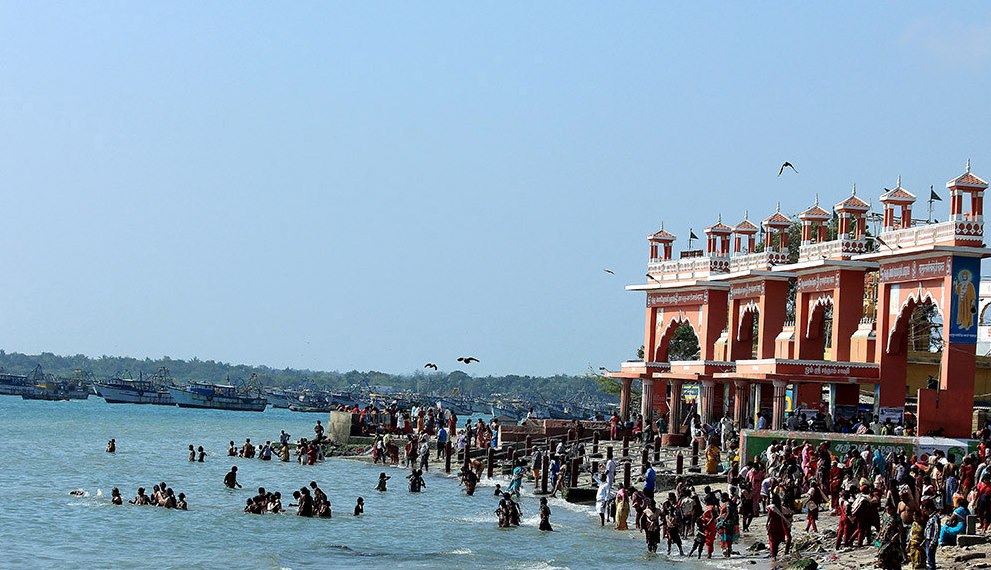 Sri Ramanathasamy temple faces the Theertham on the eastern side. The shore is only about 100 mts from the temple. The sea is very calm and peaceful. Since it is considered sacred it is called Agni Theertham because agni is considered to be purified element. Poojas and Rituals are performed to please the ancestors in this shore area. Devotees of Lord Siva take a dip in the agni theertham to wash away their sins. 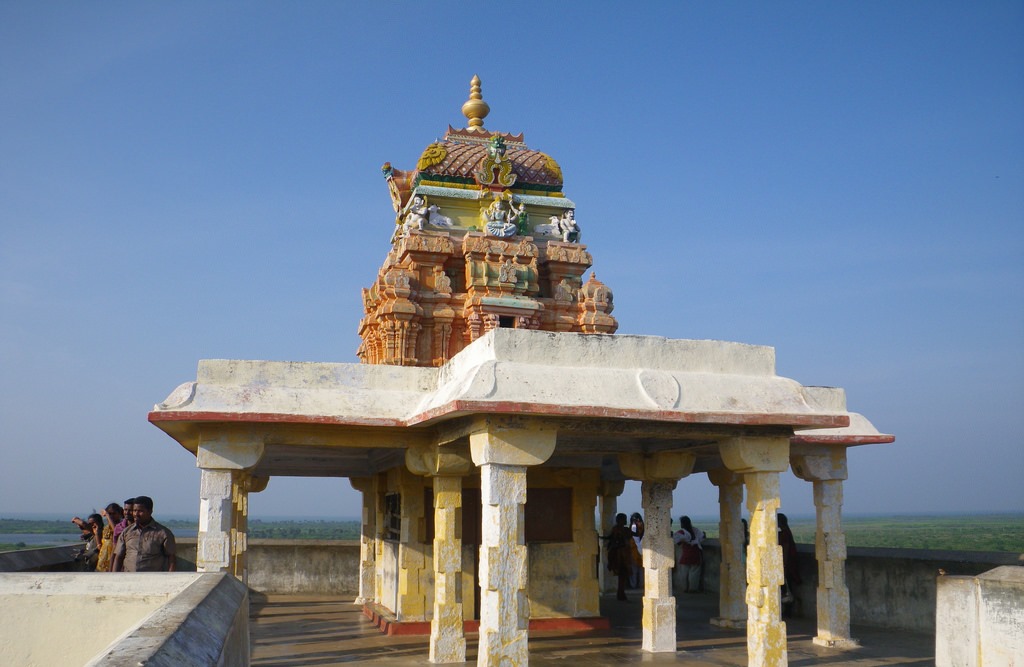 It is a hillock situated 3 kms away and is the highest point in the island. From here one can see the imprint of Lord Rama’s feet on a chakra. The entire island of Rameswaram is visible from this point. 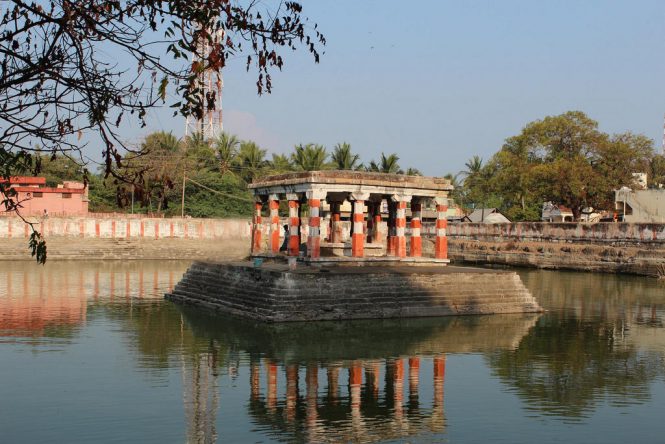 It is situated on the way to Gandamadana Parvatham near the Doordarshan Kendra. Sugreeva is the younger brother of vali of Ramayanam.. 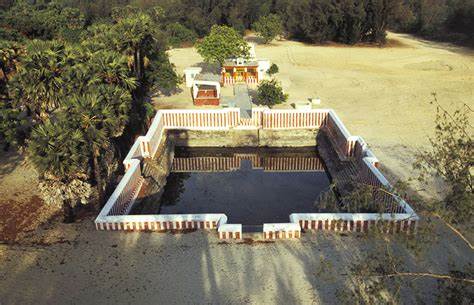 It is located 3 ½ kms from Rameswaram. It is believed that, Rama on his return from Lanka after Ravana Vadham, washed his Jada [hair] in this theertham to purify him before proceeding to worship Ramalingeswarar. 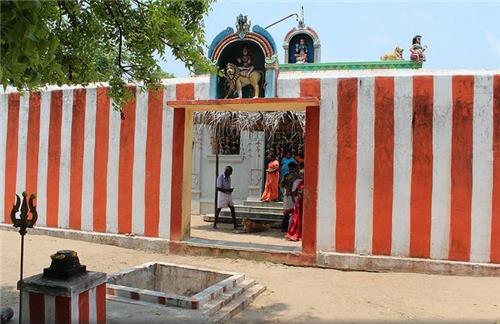 This temple is greatly venerated by the people of Ramnad District. It is situated 8 kms from the main temple in Rameswaram on the way to Dhanushkodi. 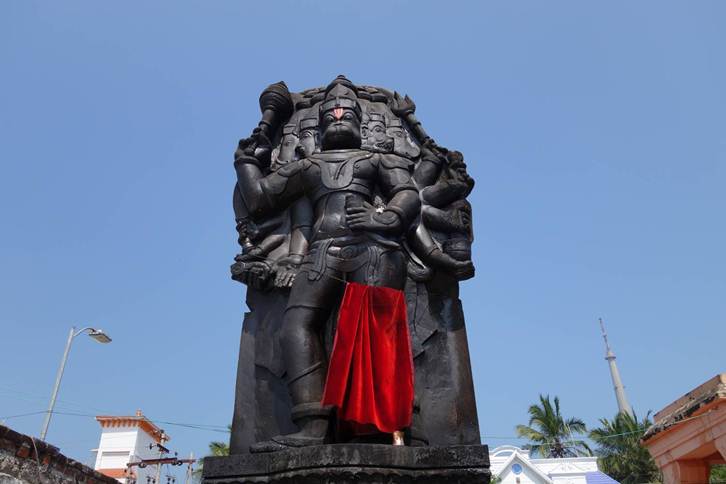 It is 3 kms from the main temple, on the way to the Gandamadana Parvatham. This temple Is the place where hanuman delivered the good news of finding Sita with the Choodamani a jewel that belonged to Sita as Satchi [evidence] to Rama. Hence it is called Satchi Hanuman Temple 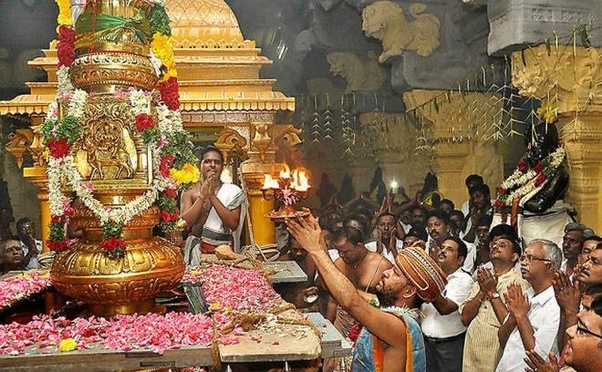 This is a temple for Devi Durga around 2 kms from the main temple on the way to Gandamadana Parvatham. 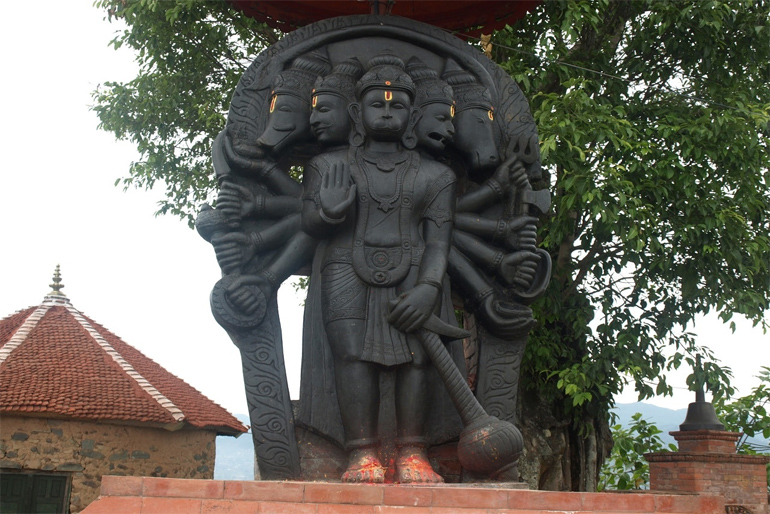 It is located just 2 kms from the main temple, the deity of the hanuman is drawn with senthooram (Vermillion). Idol of Lord Ram, Sita and Hanuman brought from Danushkodi during the 1964 cyclone are placed there. The Floating Stone used to build the Sethu Bandhanam or the bridge between India and Lanka too can be found in this temple. 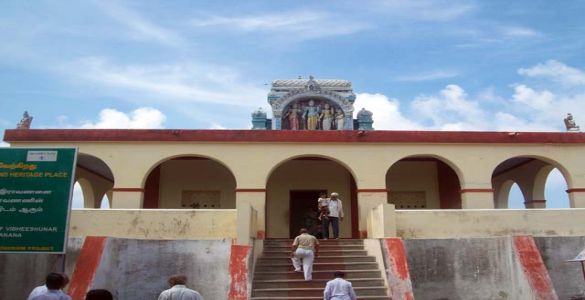 This temple is 12 kms from Ramewswaram. According to a popular belief, it is at this place, Vibhhishanan [brother of Ravanan] surrendered before Rama. 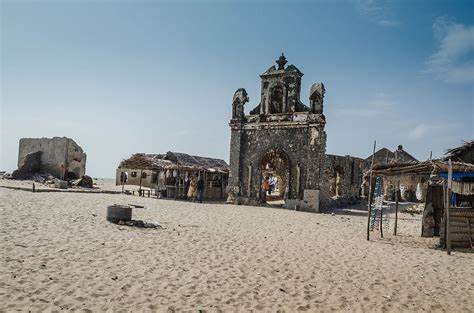 It is 18 kms from Rameswaram temple. It is the southern most tip of the island. Danushkodi was completely washed away in the 1964 cyclone. Tourist can witness the remains of the devasted town. Tourist go for surfing here.