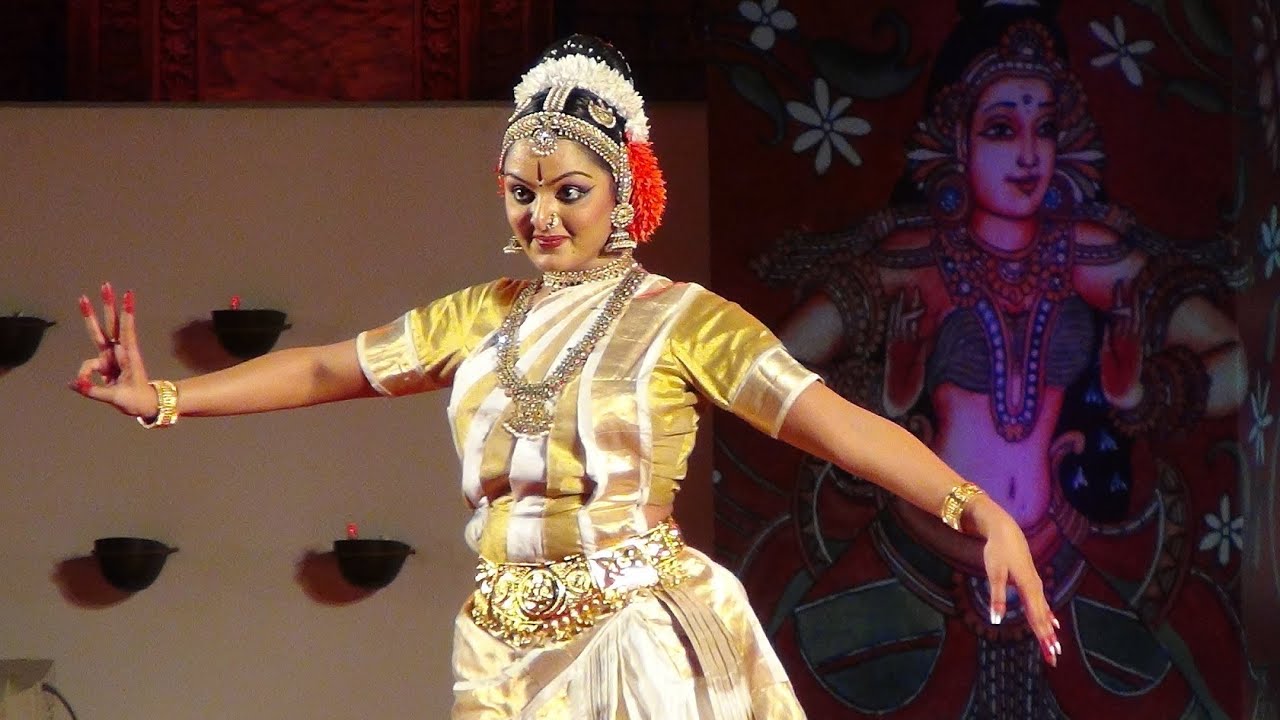 Kuchelepuri or Kuchelapuram was the earlier name of the village in the Krishna district of Andhra Pradesh. This village is 35 km. from Vijayawada. This form of Generic Dance drama was known as Yakshagana. It was Sihdhendra Yogi, a vaishnavite poet who gave shape to his visions in the 17th century, to establish this Kuchipudi style of Yakshagaana. He took the lead from the creation of Yaksha Gana from his guru Theerthanarayana, who had created the Sanskrit Kavyam , Krishna Leela Tarangini. Kuchipudi is a perfect balance between the three aspects of the art â€“ Nritta , Nritya and Natya. Sidhendra Yogi Created Bhama- kalaapam, still considered as the irresistible Kavya of the Kuchipudi repertoire. Attracted by the aesthetic appeal of Kuchipudi, the then Nawab of Golconda, Abdul Hasan Tanishah issued a copper plate in 1675 A.D. granting the village Kuchipudi as an Agrahaarama to the families of Brahmins who pursued this art. These families were popularly called as the Bagavathalu of Kuchipudi. Earlier the female portions of the dances were impersonated by the males themselves as there were no female artiste. Vedaantam Satyanarayana Sharma, a great Kuchipudi dancer, who performs the role of SatyaBhama even today, has set an excellent standard in that role. Lakshmi Narayan Sasthri (1886-1956) introduced new elements and dimensions to this art including solo dancing and training of female dancers in this dance format. Some famous exponents in modern Kuchipudi are Vempati Chinna Satyam, C.R. Acharyalu, and Dr. Nataraja Ramakrishna. 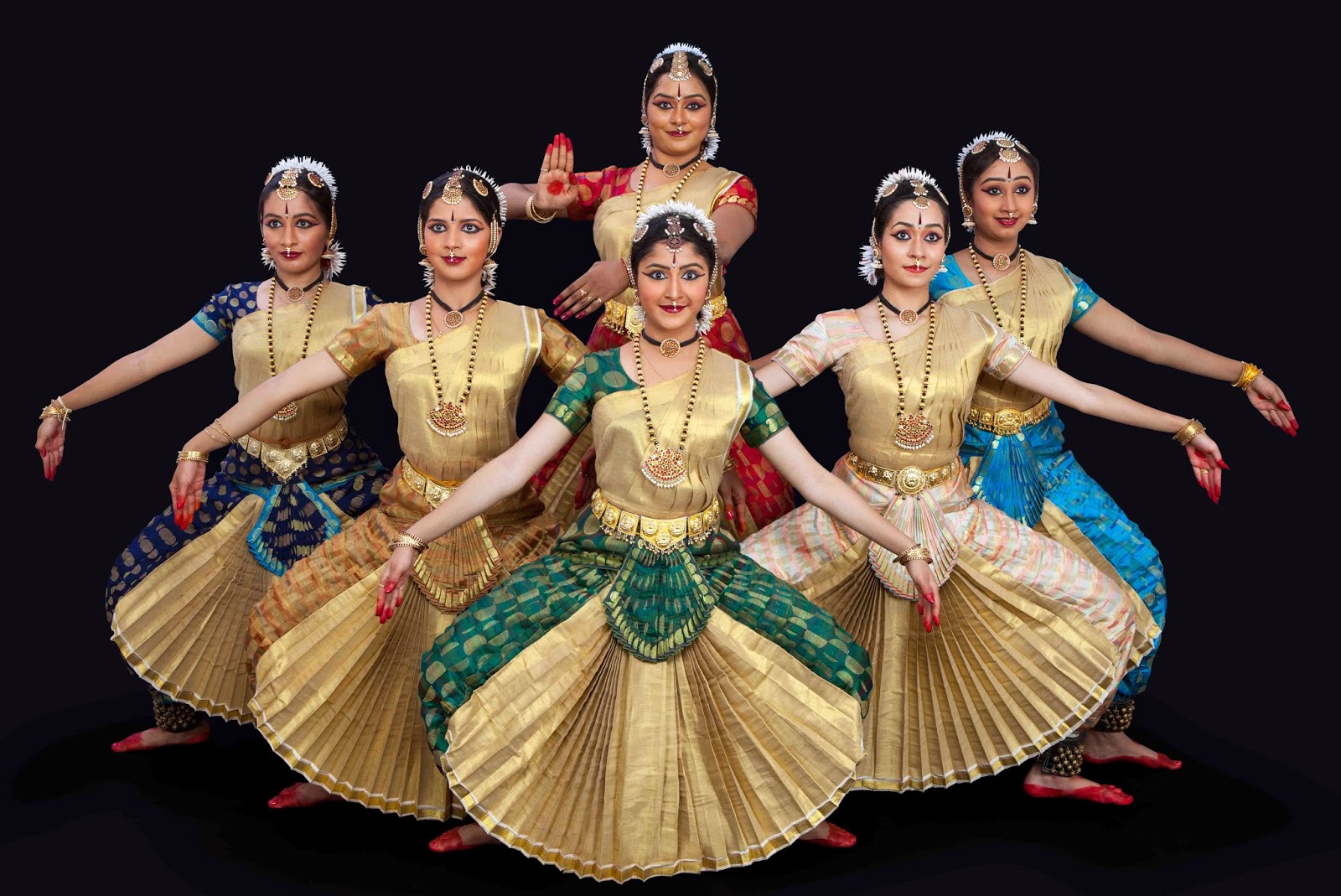 This is one of the oldest form of dance in India performed in the Temples and in the Courts of Kings. Relating to its religious origin, it is almost similar to the dance format compiled by Sage Bharatha Muni in his famous Natya Sasthra. Bharatha Natyam was handed down as a living tradition from one generation to another as Devadasi System. Later, the Four brothers from Thanjavur of the early 19th century Chinnaiah, Ponniah, Sivanandam and Vadivel popularly called as the Thanjavur Quartet or Nattuvanars of Pandanallur, composed numerous varnams and kritis and contributed to the Development of Bharatanatyam and Carnatic Music. Highly talented artistes and the Male Gurus [Nattuvanars] were the sole repository of the art till 20th Century. By this time, due to lack of patronage and changed society modes, the Devadasi system started falling apart. Even though many contributed to the development of this art, it was the sincere and concentrated efforts of E.Krishnasamy Iyer and Rukmini Devi Arundale brought this Bharathanatyam Dance out of the boundaries of the Temples to the Public Stages, retaining the devotional charecterstics or features of the art. The school established for creating artistes to learn all types of classical dances was the brain child of Rukmini Devi Arundale. It was named KALAKSHETRA and it is located in Tiruvanmiyur, Chennai.

Today, Bharatha Natyam is one of the very popular and widely performed art practiced by Male and Female dancers all over India. UG and PG courses are offered in some of the major universities to develop the art of Bharathanatyam. Alarmee Valli, Bala Saraswathi, Mrinalini Sarabhai, Rukmini Arundale, Kamala Laxman, Padma Subrahmaniam and Chithra Visweswaran are some of the famous exponents of this art and Panthanalloor Meenakshi Sundaram Pillai, Panthanalloor Chokkalingam Pillai, Padmasree Vazhoor Ramayya Pillai and Adayar Laxman fits into the list of notable NATTUVANARS. 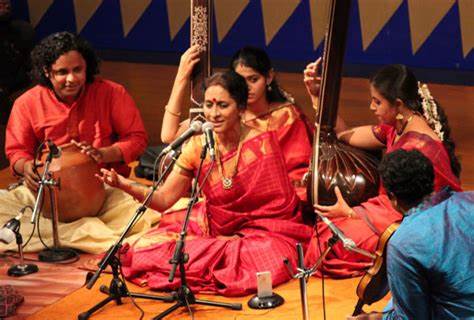 Indian classical music is categorized under two genres. They are Hindustani and Carnatic. Broadly Hindustani developed in the northern regions of the country, while Carnatic music is indigenous to the south of India. It is considered one of the oldest systems of music in the world. It is imbued with emotion and gives scope for the spirit of improvisation However it also contains a scientific approach. This is mainly due to the contributions of inspired artists as Purandara Dasa, who is known as the Father of Carnatic Music, and other scholars who codified the system of music and gave it a clear format as a medium of teaching, performing, prayer and therapy. The basis of Carnatic music is the system of ragas, which are melodic scales and talas or rhythmic cycles. There are seven rhythmic cycles and 72 fundamental ragas. All other ragas are considered to have stemmed from these. An elaborate scheme exists for identifying these scales, and they are known as the 72 Melakarta Ragas.

Carnatic music abounds in structured compositions in the different ragas. These are songs composed by great artists and handed down through generations to disciples. While the improvised elaboration of a raga varies from musician to musician, the structured portion is set. These compositions are extremely popular, with a strong accent on rhythm and lively melodic patterns. The three saint composers of the nineteenth century, Tyagaraja, Muthuswami Dikshitar and Shyama Shastri, have composed thousands of songs that remain favourites among musicians and audiences. An important element of Carnatic music is its devotional content. The lyrics of the traditional compositions, whether mythological or social in nature, are set entirely against a devotional or philosophical background. 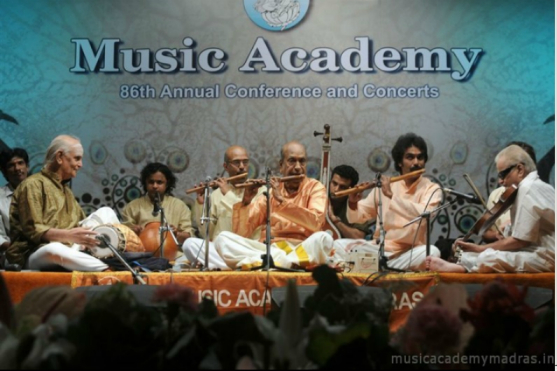 The Music Academy is one of the earliest established organisations to promote serious study of classical music in South India. Established in 1928, it plays an important role in encouraging and promoting primarily Carnatic music It played a vital role in the revival of the Indian classical dance form Bharatnatyam in 1930s when the latter faced near extinction due to a negative connotation caused by conservative societal standards. In 1929, the Music Academy pioneered the concept of the December Music Festival, now a city-wide celebration of the classical arts, conducted by various organisations.

The Music Academy also runs the Advanced School of Carnatic Music, which has prominent musicians on its faculty. History In 1927,Indian National Congress held the All India Music Conference in Madras. At the end of the conference it was decided that an organisation be formed to help the cause of classical music. A prime mover of the conference was E. Krishna Iyer who had played a vital role in reviving the south Indian dance art form - Bharatanatyam. The Academy had sound planning from the start with an expert committee consisting of some of the leading musicians and scholars to advise it on all technical matters. The Academy was formally inaugurated on the 18th of August, 1928 by C. P. Ramaswami Iyer, in the Y.M.C.A. Auditorium before a large and distinguished gathering.Since then the academy has endeavoured to provide various avenues to further the advancement of the science and art of Indian music. Annual music conferences are held every December to promote awareness, patronage and serious study of the classical arts. The Academy also helps to bring to public notice aspiring musicians and scholars by conducting competitions and other presentations. The Academy’s annual December festival was taken forward to other parts of the city by several local organisations. This later came to be popularly known as the Margazhi Season or the Music Season amongst Carnatic enthusiasts. Sabhas that existed even prior to the formation of the Music Academy such as the Sri Parthasarathy Swami Sabha inTriplicane (established 1900), have followed suit. Chennai Music Festival Now said to span over 60 organisations hosting over 3000 performances, Chennai’s music festival nowadays spans the period November to January. However, December 15th to January 1st forms the core of the festivities. It is said to be the world’s largest festival dedicated to classical music.