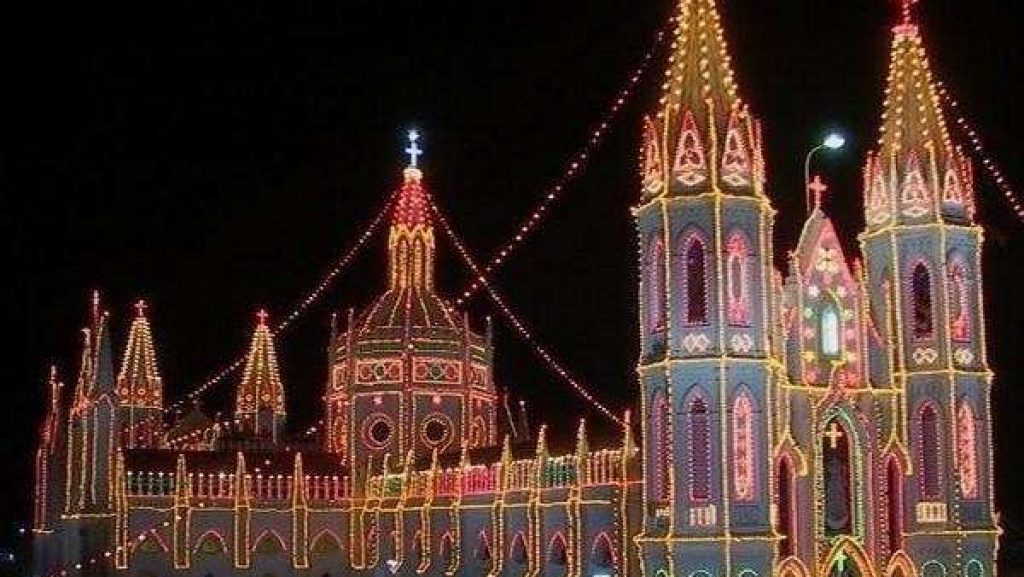 The district of Nagapattinam is one of the constituents of the Cholamandalam, acclaimed as the most prominent among the ancient Tamil Kingdoms. Its salient features more than anything else have contributed to the glory of the Cholamandalam. This region has been named after Kshathiriya sigamani, one of the titles of Raja Raja Chola. Nagapattinam was also known as `Cholakula Vallippatinam`. The heritage of this district is found in the Burmese historical text of the 3rd century B.C. The same text also gives evidences of a Buddha Vihar constructed by the great ruler Ashoka. The Chinese traveler Hieun Tsang also mentioned the Buddha Vihar in his book. Nagapattinam is mentioned as Padarithitha in ancient Buddhist literature. Geography of Nagapattinam District The district of Nagapattinam was carved out by the bifurcation of the Thanjavur district in the year 1991. This district has traditionally been referred to as East Thanjavur and Paddy granary of South India. The Nagapattinam District lies on the shores of the Bay of Bengal. This is a peninsular delta district surrounded by Bay of Bengal on the East, Palk Straight on the South and land on the West and Northern side. It is predominantly, a coastal district having a large coast line and the entire district is having an area of 2715.83 square kilometres. The maximum temperature of this district is 32 degree centigrade and the minimum temperature is 24.60 degree centigrade.

The district of Nagapattinam was formed in the year 1991 with it`s headquarter as Nagapattinam. Its long stretch of beach runs along the Bay of Bengal boasts of having one of the most thriving harbours of India. It has Shri Kayahorana Swami Neelayathatchi Amman Temple, Sowriraja Perumal Temple, and Nellukkadai Mariamman Temple. The mini museum, the towering lighthouse and the long beautiful beach are some of the worth visiting places in the district of Nagapattinam. Having a long coastline, this district possesses a booming harbour in India. With the presence of long and beautiful beaches, church, dargah, etc, this district forms a most favourable destination in the state of Tamil Nadu.

How to reach Nagapattinam

Velankanni is one of the most visited pilgrim centres in India. It is a town situated on the shores of Bay of Bengal. This renowned shrine Basilica of our Lady of health draws pilgrims from all over the world. Not only Christians but also the people of other faiths come to this Church to pray at the shrine of Our lady of health. Knowing the importance of this town the Pope in the Vatican city has declared Velankanni as a Holy city. This Roman Catholic Church has an extended Basilica, which has two floors where one can find the statue of Jesus Christ. The Gothic style of architecture is a unique feature of the Church. The church itself is an imposing building with inspiring architecture. While the buildings have been painted white roof of the church is made by the tiles with striking red in contrast to the colour of the walls. The environment around the shrine is spick and span. Radiating rays of hope and piety. There is also a shrine of ‘lady of sorrow ‘ where in the sorrowing Mother is depicted carrying infant Jesus in her hand.

It is 35kms north of Nagapattnam on the east coastal line of Bay of Bengal. Danish Architexture is the attractions of Tranguebar. Bus facilities are available to this place from Nagapattinam, Mayiladuthurai, Poompuhar, Sirkali and Chidambaram. Built in 1620 exists to exhibit Danish architecture. The fort is now under the control of TamilNadu Archeological Department, houses an archaeological Museum. This museum is open on all days expect Friday.

The District came into existence in the year 1991 with its headquarter in Nagappattinam city. Its long stretch of beach runs along the Bay of Bengal for 188kms. Nagappattinam boasts of having one of the most thriving harbours of India. It has Shri Kayahorana Swami Neelayathatchi Amman Temple, Sowriraja Perumal Temple, and Nellukkadai Mariamman Temple. The mini museum, the towering lighthouse and the long beautiful beach are some of the worth visiting places in this city. The pillar located in front of the District Collectorate stands for the victorial acheivement of the administration along with the citizens of this district in taking the Guinness Record Acheivement of planting the maximum no. of saplings in 24 hours.

Poombuhar is in Sirkali Taluk of Nagapattinam District. It is known as Kaveripoompattinam. Tourists have to alight at Mayiladuthurai junction to proceed Poombuhar by road, visitors from Chennai by train have to get down at Sirkali. Poombuhar is connected to Mayiladuthurai as well as Sirkali by road. The distance from Poombuhar to Mayiladuthurai is 24 kms and to Sirkali 21kms. Tourists from Chennai to Poombuhar by private carriers can take the route via Dindivanam, Pandicherry, Cuddallore and Sirkali. Those who come from Madurai, Ramanathapuram and Tirunelvelli may proceed via Mellur, Tiruppathur, Karaikudi, Pattukkotai, Thiruthuraipoondi, Nagapattinam, Karaikkal, Tharangambadi and Akkur. They can also come via Pudukkottai, Thanjavoor, and Mayiladuthurai

The Dargha in Nagore near Nagapattinam, the district headquarters is a holy place. Not only the followers of Islam but also of all faiths visit this sacred centre throughout the year to offer their prayers and get the blessings of the saint. Nearly five hundred years ago a son was born in a devout Muslim family in a village in the central provinces [Madhys pradesh], He was named Abdul kadhar. With lust for the grace of Allah, he wandered with his followers far and wide. He came to Tamilnadu after visiting different places like Keelakkarai and preaching the doctrine of love, service devotion to the almighty he settled down in Nagore in a piece of land granted by a devotee of this saintly preacher. His words and deeds were divine and prophetic. He said ‘Islam preaches the fatherhood of God and brotherhood of Man’ . He sent his disciples to work among the people and spread the message of Prophet Mohammed. He passed away in 1558 at the age of 68 and in Nagore dargha are the relics of this God-man. Khandoori festival is the anniversary celebrations and devotees from all over the world join the festivals to be blessed by Nagore Andavavar.

A beautiful Muragan Temple dedicated to Lord Singaravelan is housed in a large complex. The pillars of this temple are adorned with intricate and exquisite carvings. The beautiful paintings of a bygone era are amazing in colour and portrayal. Beside this temple has the shrine of Siva, Vishnu and Hanuman. It is a rare combination, indeed. Worship in this temple removes all the hurdles of the devotees, it is believed.

This city is 14Kms east of Sirkali. It is popular for its fine beach, which is full of natural beauty. This town has an ancient temple. The presiding deity of this temple is Arulmigu Mullaivananathar. This temple is glorified in these divine songs.

Situated 3kms from Poompuhar, Keelaperumpallam receives a stream of devotees every day for worshipping Shri Naganatha Swami. This temple is the seat of the Ninth Navagraha, the Kedhu.

Thiruvengadu is situated 8 kms. From Poompuhar. Another Navagraha Budhan is situated inside the Temple of Arulmigu Swetharanya Swami. Devotees from all over India and abroad come to worship Budhan every day. This temple is glorified in the divine songs.

In the divine songs of Devaram, Vaitheeswarankoil is called Pullirukkuvellur. The Presiding deity Lord Vaithiyanathan and the Devi is Thaiyalnayagi. Lord Muruga is called here as Arulmigu Muthukumaraswami. Vaitheeswarankoil is situated 12kms from Mayiladuthurai and 5kms from Sirkali. This temple is the seat of another Navagraha, the Mars.

Thirukkadaiyur is on the bus route of Chidhambaram – Nagappattinam. It was in this temple Lord Siva had annihilated Yama, the God of death and destruction to save the life of Markandeya and bestowed immortality on him. It is one of the most important seats of Sakthi. Inside the precincts of the temple of Arulmigu Amerthakadeswarar is located the temple of Shri Abirami Amman Temple. The great Saint Abirami Bhattar composed the divine songs of Abirami Anthathi. On attaining 60th year of age in conjugal life of the husband, the couple, belonging to the Hindu family, celebrates their Sasthti Abthapurthy ceremony here inside the temple.

Sirkali is located on the main route between Mayiladuthurai and Chidhambaram. Shri Arulmigu Sattanatha Swami temple has many wonderful architectural and sculptural features. This temple has been glorified in the divine songs of Thevaram. One of the four great divine poet, the Saiva saint Thirugnana Sambandar was bestowed with the divine grace by Lord Siva and Parvathy here. Every year in the Tamil month of Chithirai, Thirumulaippal festival is celebrated in a grand manner.

ArulmiguMayuranathar Temple is located here. According to the Hindu mythology, Annai Parasakthi danced in the form of a peacock and hence the place is called Mayiladuthurai. Devotees after worshipping Mayuranathar can travel from here to all the places of Navagrahas and other important temples by bus. The festival of Holy bath known as Kadai Muzhukku in the river Cauvery is celebrated in the month of Ippasi.

On the East coast between Nagappattinam and Chidhambaram, Ananthamangalam is located 5Kms from Thirukkadaiyur. People from all over TamilNadu visit the temple of Lord Anjaneyar for His grace. The divine statue of Anjaneya here is unique with its three eyes and ten hands. Special worship of Anjaneya is held on Saturdays and on the days of Amavasya.

Kodiakkarai is also called Point Calimere, is situated abutting the Palk Strait. Spread over an area of over 312.17 hectars, this Wild Life Sanctuary boasts of mammals like blue buck, spotted deer, wild boar, semi wild ponies, bonnet macaque, water birds like flamingoes, ibises, herons, and spoonbills. Sea turtle, starred tortoise, vipers, marsh crocodiles, etc., are some of the reptiles. Fish, dolphins, dugong, sea lion, sea cow are occasionally found here. Besides, it is where the occurrence of varieties of corals are found.