Historically speaking , The temples of Thanjavur are not as old or ancient as the temples of 108 Divya Desams or the 274 Saivaite Temples established and glorified by Alwars and Nayanmars respectively, between 7th and 9th Century. But they are majestic monuments of the past glory of the Chola Regime and famous for its excellent Architecture and Sculptural work. Thanjavur and the adjoining areas of Kumbakonam and Nagapattinam boasts of hundreds of important and ancient temples. Cholas, Pandiyas, Nayaks and the Marathas have contributed their might for making these areas to be called as Treasure House of Temples.

Lord Siva anointed Eight Sakthis [Ashta Sakthi ] to destroy Asura Tanjan. One such Sakthi on the eastern direction is Punnainallur Mariamman. A legend goes this way: The Maratha King Venkoji Maharaja went on a pilgrim to have darshan of Samayapuram Mariamman. Midway, he stopped to rest. In his dream Mariamman appeared and asked him to go to the forest of Punnai Trees nearby to look for her. The King rushed to the spot indicated to him and he saw a white-ant hill (Putru) and built a temple around it 1680. The Maratha rulers Tulja, Serfoji also worshiped and renovated the temple during their reign. Daughter of Tulaja Raja (1729-35) of Thanjavur, who lost her eyesight due to illness and regained it on offering prayer worship at this temple. The Great saint Sadasiva Brahmmendra, shaped the white-ant hill (Putru) in the form of Mariamman and installed a powerful Sri Chakra here. 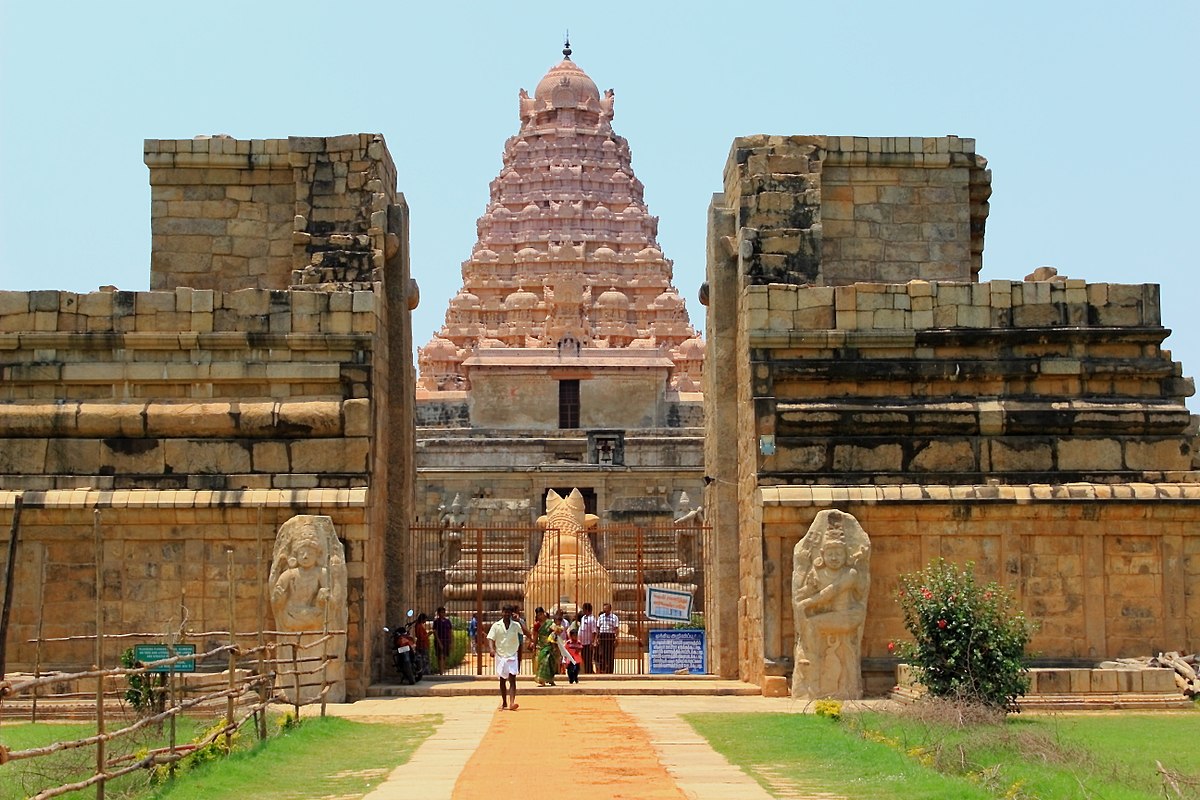 The town acquired this name either because Rajendra I during his campaign to the north, brought water from river Ganga in Golden Pot and sanctified the reservoir water body here. Hence he was given the title of 'Gangaikondan' (the one who brought the Ganges). The popular Siva Temple was built by Rajendra Chola at Gangaikondan Cholapuram and devotees call it an equal of the Big Temple. This area is filled with refreshing landscapes for miles around. 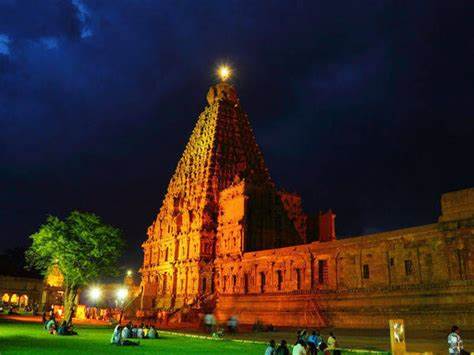 This popularly known as Thanjai “Periya Koil” [Big Temple]. The Great Chola Emperor Raja Raja Cholan I [985-1012], dedicated this temple to Lord Siva in the year 1010 AD . This temple celebrated its 1000th year of existence in the year 2010. It is located amidst fortified walls presumed to have been added in the 16th century. This great temple speaks about the architectural excellence of the region. The Tower above the sanctum Sanctorum is 216 feet tall. This tower is one of the tallest tower of its kind in the whole world. Kumbam or chikaram a bulbous structure above the tower cut out of one rock weighs almost 80 tons, is regarded as the show case of the Architectural Excellence of the period. It is believed that the Cupola / Sikaram was rolled up the incline built from the Village called Saara Pallam now called as Vayalur, more than 5 Kms from the BIG TEMPLE. The majestic tower and lifting the cupola to the top is a testimony to the engineering skill of the Chola Architects, who planned its construction in such a manner that the shadow of the Cupola does not fall on the ground. 12 ½ feet tall, 8 feet long and 5 ft wide sacred bull or Nandi made out of a single rock weighing 25 tons installed outside, in front of the sanctum Sanctorum. The Lingam is 13 ft tall, with a circumference of 54ft. 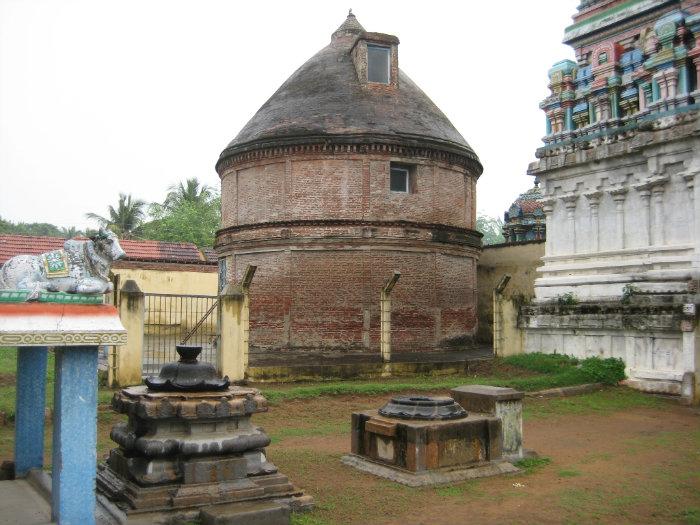 Palaivana Nathar Swamy temple constructed by the Cholas and legendry 108 Sivalangam temples have been established by Lord Rama after the war against Ravana, are the two important temples of this area. The granaries here are specimen of effective storage system of Grains. There is a Granary, constructed by Nayaks of 16th century which is 36 ft tall and can hold a capacity of 3000 kalam [ unit of measure] of grains. The State Archaeological Department has declared it as a monument.