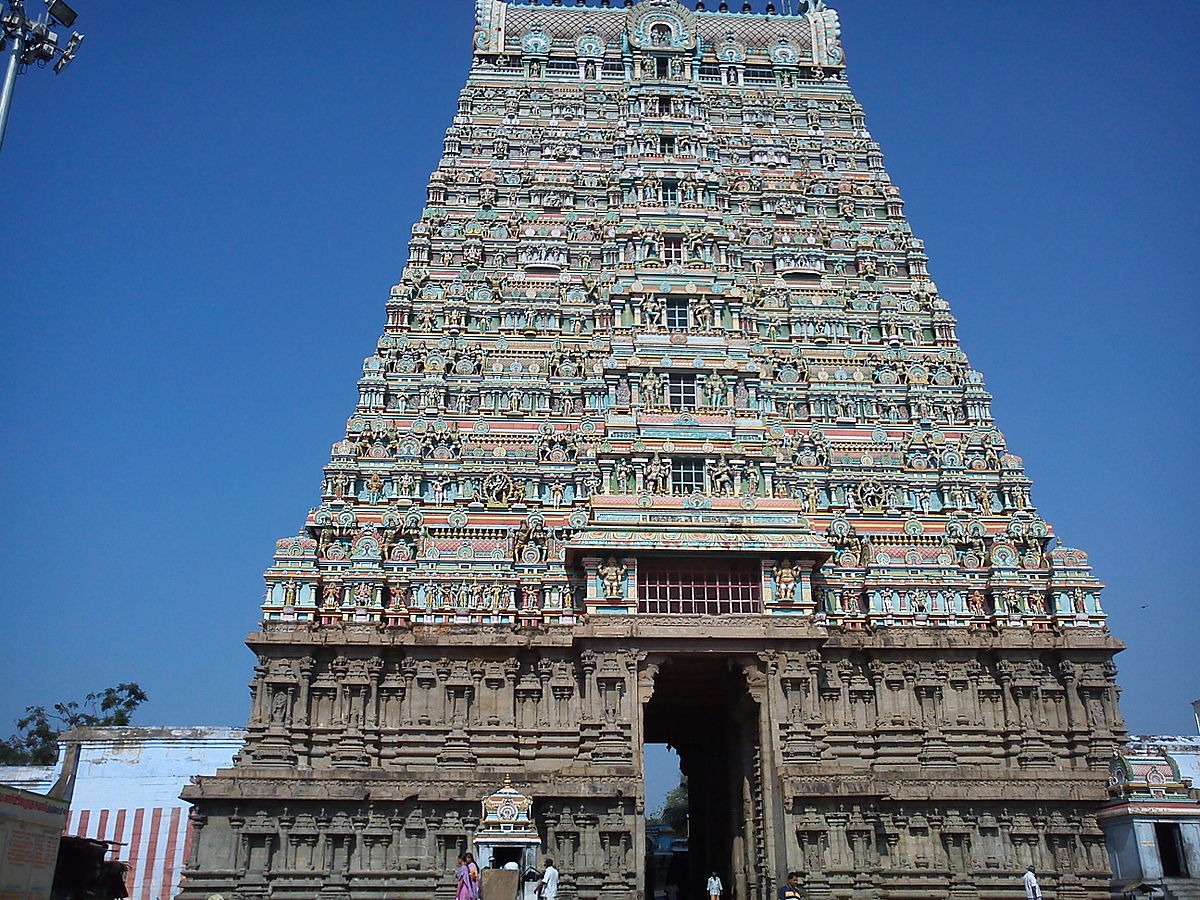 How to reach Tenkasi

About 700 years ago, King Parakrama Pandiya was taking up a pilgrimage to Kasi as and when he desired to worship Lord Viswanatha. The Lord appeared in his dream that he could build a temple here itself to avoid a long journey to north. He advised the king to follow the movement of ants row and build the temple where it ended. The ant-line ended on the banks Chitraru River dense with Shenbaga trees. He found a swayambulinga near an anthill and built the temple as directed by the Lord. Lord Shiva graces in the temple as a swayambumurthi. Worshipping the Lord in this temple is as equal to worshipping the Lord in Kasi –Varanasi. Presiding deity Lord Kasi Viswanatha is visible to the devotee even from a distance of one Km.

The temple is so vastly constructed with this facility to the devotees. While Mother Durga faces South in almost all temples, She faces west in this temple. The tower of the temple was simply flat till the year 1967. In the year 1990, a tower, as tall as 180 feet was very artistically built and the temple looks quite majestically now. To facilitate enjoying the natural beauty of Tenkasi, broad roads are laid from the nine points of the tower, as if the devotee is walking on the space. At the ninth point of the tower, a balcony is also constructed to go round the tower. The temple is noted for the three importances of Murthy (the deity), Thalam (holiness of the place) and theertham the holy water attributed to the temple. The Presiding deity is Sri Kasi Viswanatha with Mother Ulgamman. Shenbagam tree and Kasi theertham add to the importance of the temple. The beauty of the sculptures of the temple is widely known the world over. The twin sculptures – the Veerabadras, Thandavamurthis, two Tamil Mothers, Rathi and Manmatha (the cupid and his beautiful wife Rathi), single sculptures as Lord Vishnu and Kali Devi are noted for their exquisite beauty.

Coutrallam Falls (also called Kutralam/Kuttalam Falls) is located in Tenkasi district in the South Indian state of Tamil Nadu bordering to Kollam district, Kerala. The falls is located on the Western Ghats on the river Chittar and is considered a "medical spa" on account of the medical smell in the waters.[clarification needed] It is located 7 km (4.3 mi) from the nearest city Tenkasi. There are a total of nine falls of which Peraruvi, Aintharuvi and Puli Aruvi being the most prominent. As per Hindu legend, sage Agasthya is believed to have got the grace of Shiva to set it as his abode and create the medicinal falls to cure his headache.

The clusters of 9 Sacred Srivaishnava Temples located near Tirunelveli are known as Navathirupathis. Starting from Srivaikuntam one can visit all the nine temples on foot and offer prayers to all perumals in a single day. Among the Nava thirupathis only Srivaikuntam and Azhwar Thirunagari have facilities for boarding and lodging.

There is a Hindu temple dedicated to Courtallam prince (Siva). This temple showcases inscriptions on Chola, Pandya and Kings. The waterfalls are visible from the temple. It is believed that Sage Agastyar had received the vision for the marriage of Lord Shiva and goddess Parvati.

At a distance of 5 km from Panpoli Bus Stop, 14 km Tenkasi, 18 km from Courtallam and 71 km from Tirunelveli, Thirumalai Kovil is a Murugan temple situated at Panpoli. The temple is situated at an altitude of 400 m on a small hill surrounded by Western Ghats on the border of Kerala.

The main deity Murugan is found with four hands in the standing posture. The deity here is called Thirumalai Kumaraswamy or Thirumalai Murugan. Lord Muruga gave darshan to sage Agasthiar at this place. This temple has 2 enclosures and two entrances. The sanctum faces the east. The temple boasts a mukha-mandapa, maha-mandapa in front of the sanctum. At the entrance of the main sanctum, there is a small idol for Lord Ganesha. A three tiered gopura covers the entrance to the inner enclosure. Much of the current structure of the temple dates back to 15th century. There are few 18th century inscriptions found in the temple.