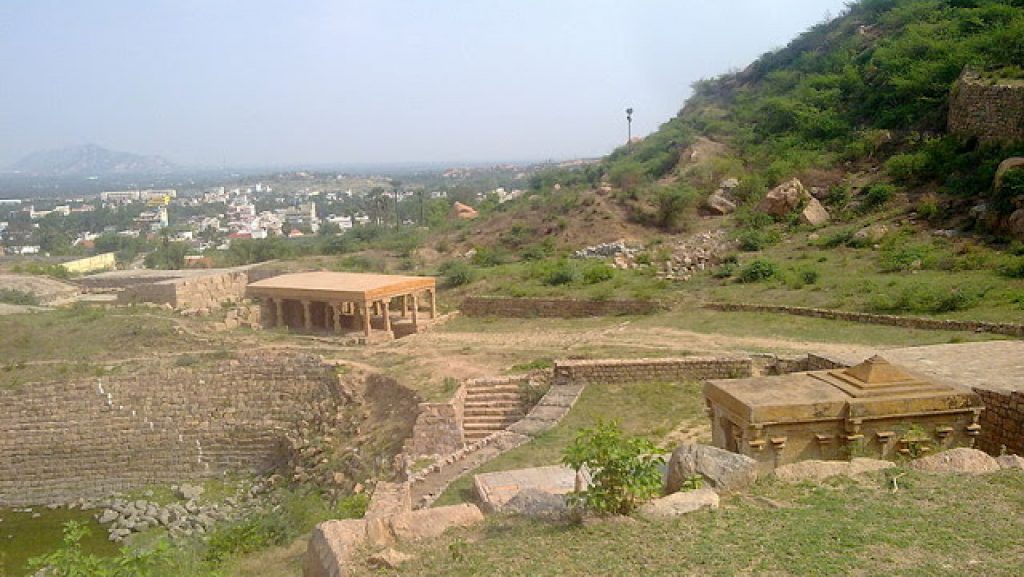 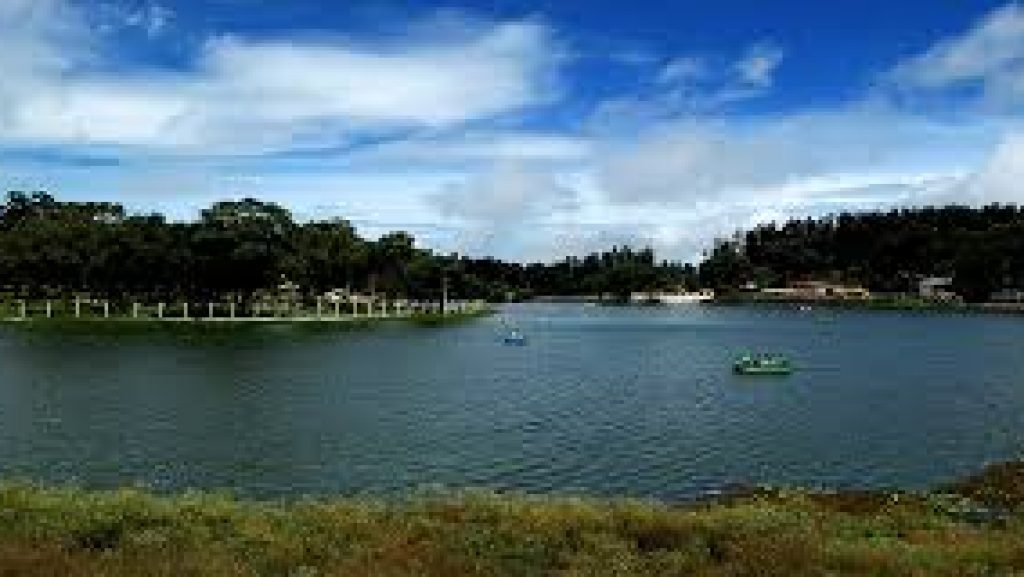 Yercaud is a well-known summer resort in the Salem district. There are several places to see in Yercaud. The mild and cool climate prevailing at this place makes it an ideal summer retreat. Another tourist attraction is the Shervarayan temple. It is deep inside a narrow cavern with a rivulet rippling behind the idols. The `Kurunji` flowers which blossom once in twelve years also attract tourists. Coffee, spices like pepper, cardomom, fruits like orange, butter fruit, jack fruit are grown in Yercaud. There are several colonial buildings and churches in Yercaud. There is a fort at Sankagiri on a hillock which is said to have been the holding of `Theeran Chinnamalai`; an indigenous warrior who fought against the oppression of the British. 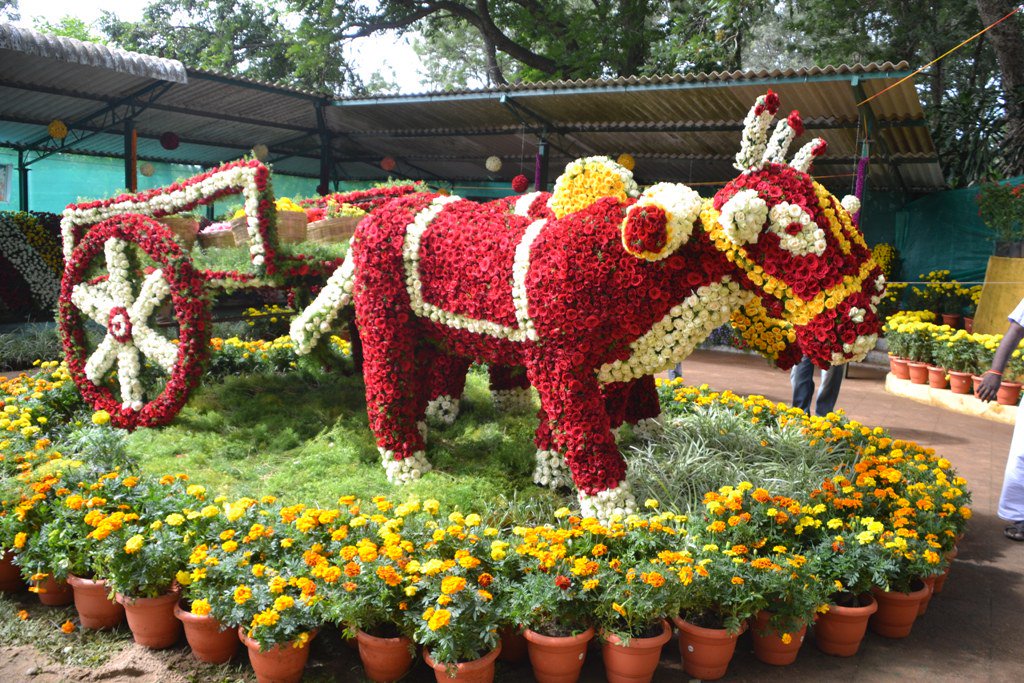 Malayali Pilgrim festival: (May) The annual festival is celebrated in The Servarayan Kaveri Amman Temple at Yercaud is very popular and attracts thousands of Malayali pilgrims. Adiperukku Festival: (Aug) It is celebrated in Mettur every year in the month of August. Yercaud Summer Festival: The main festival in Yercaud is the Summer Festival held every year in the Last week of May. All residents and visitors take part in the festivities with flower shows, dog shows and boat races being held. There are many cultural shows put up too and the festival draws many visitors from nearby places.

How to reach Salem

The Muttal Village is situated about 15km away from Attur in the Attur-Mullaivadi road, the waterfalls situated in the spot called Aaniavari in the Forest area about 3km away from the village.

Sankagiri Fort is a historical fort maintained by the Archaeological Survey of India. It is located 22 km from the city of Erode and 38 km from Salem. Fort was built in the 15th Century by the Vijayanagar Empire. It has 12 fort walls built on and built by the British. The fort served as a British tax storage facility for Kongu Nadu. It was an important military base for Tippu Sultan and later for the British army. This is because only one side of the hill is climbable, as all the others are too steep to climb. This has a death well, granary, two masjiths, 2 Varadhraja Perumal temples, former British Army administrative buildings, and cemeteries formerly used by armies that were stationed at the fort. Dheeran Chinnamalai was hanged by British in this fort.

0 km from Salem. Mettur Dam is very beautiful place for tourists. The Dam in front of it also adds beauty to it. A Beautiful park opposite to Dam was formed with Lawns, fountains. Mettur Dam is situated in a village known as Mettur. Ph No.04298-242600

Yercaud is a hill station near Salem, in the Servarayan range of hills (anglicized as Shevaroys) in the Eastern Ghats. It is at an altitude of 1515 metres (4969 feet) above the see level. The total extent of Yercaud Taluk is 382.67 Sq.kms. including Reserve Forest. The entire Taluk is a Township. Yercaud has also a Panchayat Union with its Head Quarters at Yercaud and its Jurisdiction is the same as for Yercaud Taluk. Popular as the “Poor man’s Ooty”. Yercaud is one of the low cost hill station destination in India.

Anna Park: The Park is situated next to Lake. It is typical park used to host the “Flower Show” in the month of May. The “Japanese Park” inside Anna Park is a must see. Ph No.04281-222126. Bear’s Cave: The main part of the cave is situated about 7 feet below the ground level and contains a deeper gorge which is believed by the local people to lead up to the cave situated in the Shervaroyan Temple. Horticultural Farm Saplings of various plants are available at reasonable price. Botanical Survey of India: Well maintained Botanical Garden by the BSI contains a rich collection of plants. A “Bell Rock” in the BSI campus makes bell sound when you hit with stone. Killiyur Falls: 3 km from the Yercaud Lake and should be visited after the South West or North East Monsoon. The surplus waterfrom Yercaud Lake and the other reaches of the Shevaroys. Ph No.0427-2416449. Lady’s / Gent’s & Children’s Seat: There is a natural rock formation in the form of a seat where reportedly a white English Lady spent her evenings viewing the magnificent beauty of the hill. Shevarayan Temple: Lord Perumal blesses devotees in the cave Temple. The festival in the month of May is a colourful event in which thousands of tribal people from the hill take part. Timing : 6 am to 8 pm Ph No.0427-2267845. The Big Lake (Boating): Lake is the only natural lake among all the hill station lakes in the south. Surrounded by a “Deer Park” and “leisure park” and “Tamilnadu Hotel” 9 am to 5.30 pm. Boating fees: Rs.320/- for 8 persons.Rs.110/- for 4 persons, Rs.80/- for 2 persons. Ph No.04281-222273 Pagoda Point: This lies on the Eastern side of the Yercaud hills and is also known as Pyramid point. Today there is a Rama Temple which lies between this Pagoda. One can get a grand view of Attur and Ayothiapattinam from this picnic spot. It is 5 km from the town. Sri Raja Rajeswari Temple: It is 4km from Yercaud on the way to Servarayan Temple. This is said to be the goddess of all gods in the Hindu Pantheon and by praying to her one can attain wealth and prosperity and be elevated to higher levels of spirituality. Timing : 7 am to 12 noon & 4 pm to 7 pm. Ph No.04281-222354. Silk Farm & Rose Garden: One can see the cultivation of Mulberries, the growing of silk worms and the method of silk worms and the method of spinning silk. The Rose Garden is a good collection of colourful Roses and also purchase nursery plants from here 2 km from town.

22 km from Salem on the way to Thiruchengode.Sundhara Kandhaswamy Kovil. One of the seven richest temples in the district. Timing: 6 am to 8pm Ph No: 04288-287511

It is 5km from Salem. A temple constructed by Santhanandha Brahmendhra Saraswathi. Adhya-vadhutha Swami. Situated on the extreme northern end of the Jarugu hill on the banks of Kannimar Odai. Ph.No.0427-2240660.

6 km from Salem. It has special features as Sri Sathya Narayana Temple which is present on hills, similarly not found anywhere in Tamilnadu.Located. Oothumalai, Seelanaikanpatti. Timing : 6 am to 12noon & 2pm to 8 pm. Ph No.0427-2465477.

Appa Paithiyam Swami Temple was born in the zamin family of karur Fort in the year 1859. A temple has bee built on his Samadhi. Several thousands of devotees throng the temple during the birthday of Swami and his Guru pooja on the day of Ashw ini in the Tamil month of Thai. The temple is situated near Railway Station. Timing : 5.30 am to 12 noon & 5.30 pm to 8.30 pm.

30 km from Salem in Tharamangalam. There are statue of Rathi and Manmadhan. Recently a lingam has been consecrated for the welfare of the devotees. This lingam is called Paathala Lingam. If the childless people worship they will get child, unmarried people will be married. Timing 7.30 am to 1 pm & 4 pm to 8 pm. Ph No.04290-252100.